Rosie the Roboticist: How an All-Girls FIRST Team Connects Yesterday’s Pioneers to the STEM Kids of Tomorrow

“I didn’t think I could be a leader.”

“No one listened to me.”

What’s it like to be a teenage girl on a boy-dominated robotics team? To hear four Pittsburgh-based teens—Aditri Thakur, 16, Elizabeth Crookston, 17, Abbey Murcek, 17, and Alexandra George, 17—recall their experiences, it was an early lesson in playing on a tilted field.

Murcek started learning about robotics after joining a co-ed FIRST (For Inspiration and Recognition of Science and Technology) LEGO League club. And while it was “a nice team,” it didn’t give her the opportunity she was looking for. “I felt like I was more pushed to the business side, and whenever I tried to communicate with the robotics side, it was kind of like nobody was listening to me,” Murcek says. “Honestly, I never would have imagined doing any sort of leadership position.”

Everything changed, however, when she joined a Pittsburgh-based, all-girls FIRST team called Girls of Steel. “This was a place where I felt like I could grow in my knowledge,” she says. Four and half years into her run on Girls of Steel, Murcek has been able to learn new skills, such TIG welding, and hold leadership positions.

For Theresa Richards, outreach program manager at Carnegie Mellon University’s Robotics Institute and mentor for Girls of Steel, Murcek’s experience is why female mentors and role models are so important. “There’s a phrase: ‘You can’t be what you can’t see,’” Richards says. “It helps the girls be able to see their future selves doing something.”

According to PEW Research on science, technology, engineering, and mathematics fields, women remain under-represented in engineering, computer, and physical science occupations, representing only 14%, 25%, and 39% respectively. While there have been advances in the last 30 years — representation in life science, for example, has increased from 34% to 47% since 1990 — there’s still a lot more work to do.

That mission is part of what inspired Patti Rote, a program manager for CMU’s School of Computer Science, to co-found Girls of Steel after judging several annual FIRST Robotics Competitions. “I was just blown away by how few girls were competing,” Rote says. “I’m talking about something like 500 boys compared to just 20 girls. And when I went around and talked to them, these girls, all smart kids, they said, ‘We’re not allowed to touch the robots. The boys do that.’”

Three years into judging, she went home angry. “This is so ridiculous,” she remembers feeling. “Girls are just as smart as boys. So that’s what sparked the idea. I said, I’m going to do something about it.”

When Rote talked to a colleague at CMU about starting an all-girls team, he told her to pull together 20 girls and $30,000, and he would help with resources like lab space. They launched the program in 2010.

Founded in 1989 to help inspire young people’s interest and participation in science and technology, FIRST boasts plenty of co-ed teams, but Girls of Steel is fairly unique in its female-only membership. Rote and Richards estimate that out of about 3,000 Robotics Competition teams, only 30 to 50 are for girls only.

Thakur, Crookston, Murcek, and George say that atmosphere helped them not only stretch their skills, but also be heard. “It was a lot easier to find out what I’m good at, and I feel less intimidated when it comes to things like taking leadership roles,” George says. “I felt really empowered to be able to do that on an all-girls team as compared to my school clubs. I feel much more comfortable being able to tell others what I think they should do and really just using my own voice.”

That can-do attitude is one reason that the Girls of Steel team uses Rosie the Riveter as a mascot of sorts, and “We Can Do It” as their motto. One of the first team members created the logo design with a robotic arm, a parent came up with the idea of adding the red polka dot bandanas and students later added superhero-like capes to their uniforms.

Girls of Steel alumna Molly Urbina, a mechanical engineer at IAM Robotics, says that if she hadn’t been on an all-girls team, she wouldn’t have felt the encouragement to go on and pursue a STEM degree — it made her feel like she wasn’t alone. “In plenty of jobs that I had, I was the only female engineer, so oftentimes it was very lonely and isolating to know that you’re fighting this alone and that every day is a battle,” she says.

Without her Girls of Steel teammates, and the mentorship they received from women like Rote and Richards, “I don’t think I could have really carried forward with as much strength,” she says.

Research from the American Association of University Women cites several reasons why there are fewer women in STEM, and one of the key factors is a lack of female role models. Because fewer women study and work in STEM, this has the unfortunate effect of perpetuating these careers as “masculine.” A study conducted by Western Governors University also highlights lack of role models as a key issue, calling it a “self-perpetuating problem.”

To help end this cycle, Girls of Steel encourages girls to explore STEM at an early age—before pernicious stereotypes can influence them.

Long before they’re eligible for the FIRST Tech Challenge and FIRST Robotics Competition in middle and high school, the Girls of Steel team encourages a pipeline of youngsters as young as age 6 to participate through FIRST LEGO Leagues. They also focus on outreach, from volunteering at women’s shelters and running robotics demonstrations at local museums to actively mentoring even younger children.

Crookston, the current team captain, said she loves going to events and showing people that girls can be role models in STEM, too.

“We had an event with a Girl Scout troop,” she says, during which the team worked with Brownies in their second and third grades. The older teens taught the younger girls about different tools they use, and brought out a robot-building kit developed by the Girls of Steel. The Brownies got to build it themselves, then drive the robot and present what they learned — all while earning a Girl Scouts robotics patch for their sash. “It was really cool to see them get all excited,” Crookston says. “Like, here we are, teenagers, doing this.”

Richards said her role as mentor with Girls of Steel is as more of a facilitator — creating opportunities for young women to flex their abilities. She cites one of their current students, Anna Nesbitt, who was a featured speaker at the White House for the “Pledge to America’s Workers” event in 2018. When officials first reached out, Richards was there to encourage Nesbitt, then a high school sophomore and the only non-adult speaker, through her presentation and coordinate the trip. Richards has also been known to RSVP to be a conference presenter at a STEM-focused event and then encourages the girls to speak in her place. “I’m there in name only,” she says.

Inspired by the connections she made through Girls of Steel, Urbina has since sought out other female mentors in her internships and jobs. “Mentors make a big difference, and strong female ones do help boost the morale,” she said. She specifically recalls one female boss who called her out for not speaking up during a meeting with a VP. Urbina said she was trying to be polite, but her boss told her to interrupt more.

“She said, ‘Everyone’s going to call you bossy anyways, so you might as well do what you need to do and get your job done,’” she says. “To have someone like that was game changing.”

Having graduated and moved back to Pittsburgh, Urbina wants to pay it forward by being a mentor herself. She remembers speaking to the Girls of Steel during an alumna interview, and watching one girl in particular stand out.

“I could see the energy and excitement in her that I had once seen in myself, and I was like, that’s the kind of girl who’s going to be a superpower. She’s going to be a force to be reckoned with. If I can help that girl succeed, that’s what I want to do.”

How to Cultivate Talent in the Self-Driving Field? Start with Interns.

Why the (Internship) Show Must Go On Even in a Pandemic 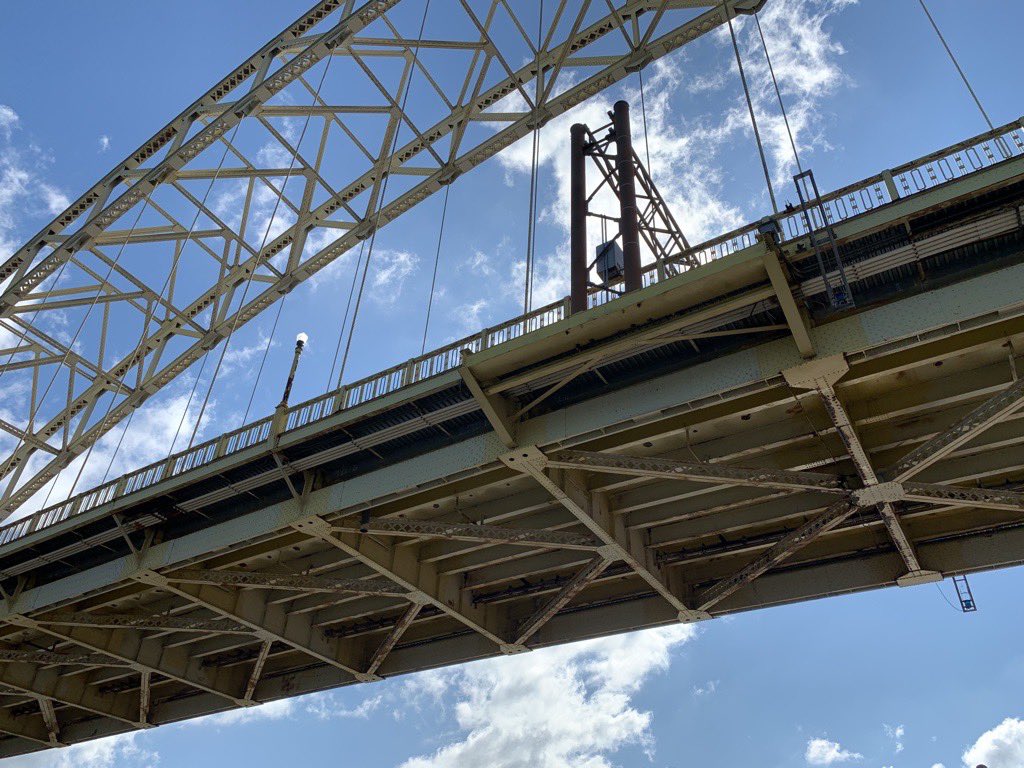